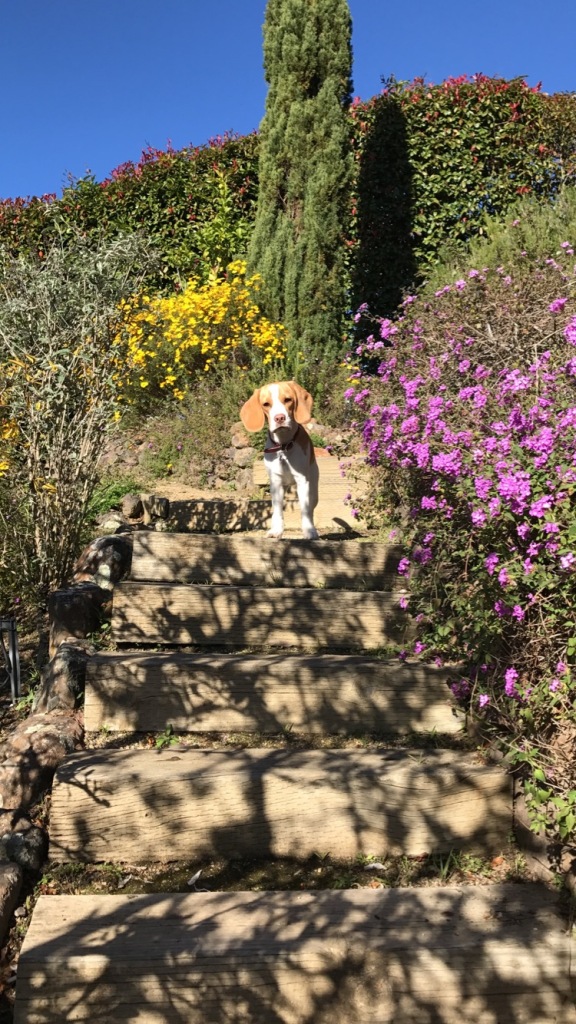 Sammich in the garden.

Her name is Sammich and she came to us last May.

She was the littlest potato I’d ever seen. Wobbling around in her little seven week old body – fearlessly strutting around her new found territory. She has always been a huge fan of naps. As a baby, she would snuggle up tight and tuck her pink nose under your sleeve, but she would move the moment you touched her – stripper rules. 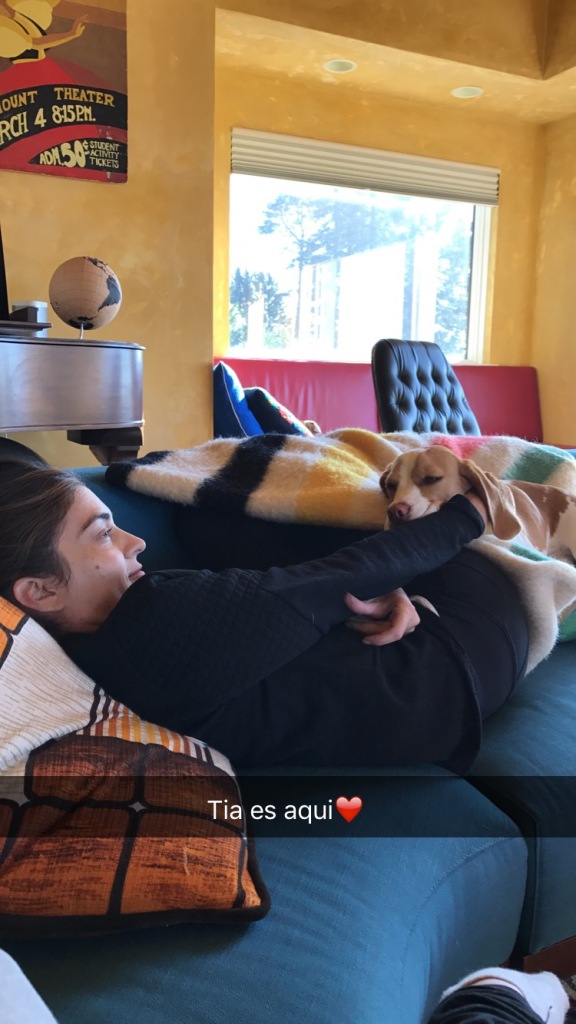 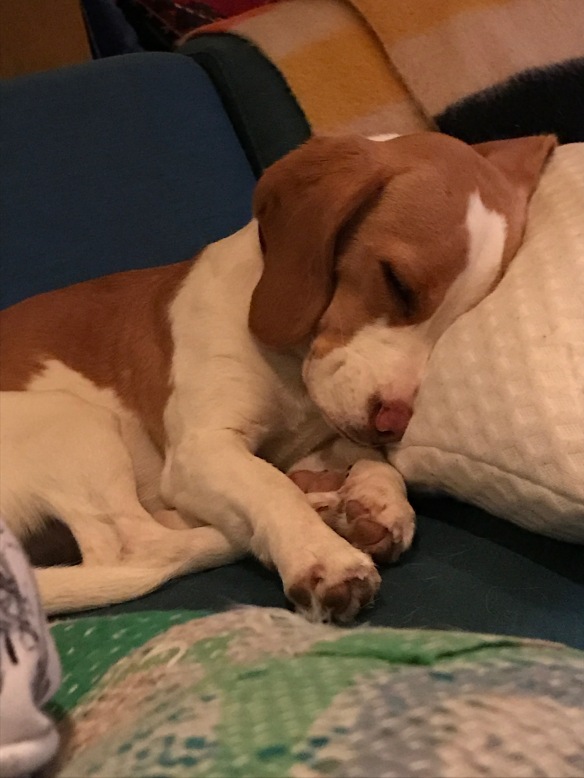 Fortunately, we have showered her with affection – whether she wanted it or not – 24-7. I don’t know if we soften her or if she’s just getting sweeter as she gets older – but she melts my heart on the reg.

She is a lemon beagle and like any good hound is a BIG howler. I like to think of it as her exercising her right to express herself – be it barking at the neighbors, their dogs, the FedEx guy, her reflection in the skylight, or the gigantic exercise ball.

She loves playing outside and can’t see a dog on TV without barking at it. Her favorite thing in the world, though, is a spontaneous play sesh with her best friends. We got Sammich at the same time some of our close pals were adding pooches to their own families. We get to raise them together and watching them play is one of the funniest things in the universe. Taco nights are WAY better with dogs!

She’s definitely a handful – the best worst dog in the world. She’s loving, and fierce, and funny, and my little girl. Excited for all the adventures to come.